Mr. Haja Maideen lives in Thethi village in Nagapattinam district. This third generation FAQ (ascetic) of the Rifai tariqa (order) of Sufism has been singing Islamic devotional songs since the age of nine. He performs in and around his coastal village with his brother-in-law, Abdul Ghani. Together, they present compositions to the rhythm of the ‘dayra’. Haja’s older brother, Saburmaideen Babha Sabeer, was the troupe’s third member until his disappearance in 2012.

The lives and music of singers like Haja have been shaped by the dargah of Nagore, dedicated to Saint Abdul Qadir, a few kilometers from Thethi and considered one of the greatest pilgrimage centers in southern India.

On a recent visit to the dargah, the presence of music – instrumental and vocal – was as tangible as the five towering minarets that frame the shrine. Whether in the form of nagaswaram and thavil concerts at the nagara medai on the upper floor of the shrine, or in the form of concerts by independent artists and FAQ’s below, devotional tunes are seamlessly integrated into worship rituals.


Haja, Abdul and Saburmaideen would have gone down in the shadows had it not been for the award-winning 2007 documentary from EarthSync (an audio-visual production house), “The Laya Project”, which brought them into focus.

The trio became popular as “Nagore Boys” with their simple rendition of “Ya Allah”, showing their ability to weave a hypnotic sonic web with their voices and tambourine-like instruments.

Later, they were invited by Chennai-based Israeli music producer Yotam Agam to record “Nagore Sessions”, with a line-up of guest artists including Zohar Fresco on Middle Eastern percussion, horns monks from the monastery of Tashi Lhunpo, sarangi by maestro Murad Ali Khan, rhodes and programming by Patrick Sebag, harmonium by Palakkad Sreeram and bass by David Saban.

“The Laya project has made a huge difference in our lives,” says Haja Maideen, 52. “It won us recognition from the Tamil Nadu government and social organizations, and we were invited to tour Australia, Middle Eastern countries and Israel with our songs. Until then, even going to Chennai was a big effort.

More FAQ’s don’t have songbooks written. “We have memorized more than 100 songs, taught by our ancestors, which we sing according to the occasion,” explains Haja. 
With Sufism dating back over 400 years in Tamil Nadu, Islamic devotional music in the state has become a part of popular culture. It has two distinct strains: Islamic songs which focus on the fundamental tenets of the faith and the Sufi genre which consists mainly of ‘Pugazh maalai’ or peans, in praise of saints and holy men whose shrines are still revered .

Islamic music found its way into ‘gaana’ songs, which were originally intended to commemorate the dead and were incorporated into Tamil films, especially in the 1950s. Songs such as ‘Mera naam Abdul Rehman ”, “Ondre Solvaan” and “Ellorum Kondaduvom” were depicted on stars MG Ramachandran and Sivaji Ganesan playing Muslim characters.

One of the most recognizable voices of this genre is singer Nagore EM Hanifa, whose baritone and style continue to influence many people even seven years after his passing. “My father started singing at the age of 13 in Tiruvaluntur, Thanjavur district, on an ox cart, which served as both a stage and transport for the band. He learned early on how to cast his voice without the aid of a microphone, which shaped his distinctive vocal style,” says his son Naushad Ali, who also moonlights as a singer.

While Hanifa wasn’t too keen on being involved in movies (he sang in a few), he became the “voice” of the Dravida Munnetra Kazhagam (DMK) with his catchy political anthems being played before party meetings.

The impact of the Laya project can be seen in the evolution of Islamic music in Tamil films in recent times. Composers like AR Rahman and Ghibran brought more nuanced exposure to this genre.

“Sufi themes involve both self-awareness and acquired knowledge. It could be a word or an epiphany that is expressed in a poetic form. When you present a song with moving lyrics, people react to it on a deeper level,” says Mashook Rahman, the Chennai-based lyricist who wrote “Khwaaja enthan Khwaaja” for the Tamil version of the 2007 magnum opus. Jodhaa-Akbar. Sung by Rahman (who also composed the music for the film), the anthem continues to stand out for its gentle exploration of spirituality. 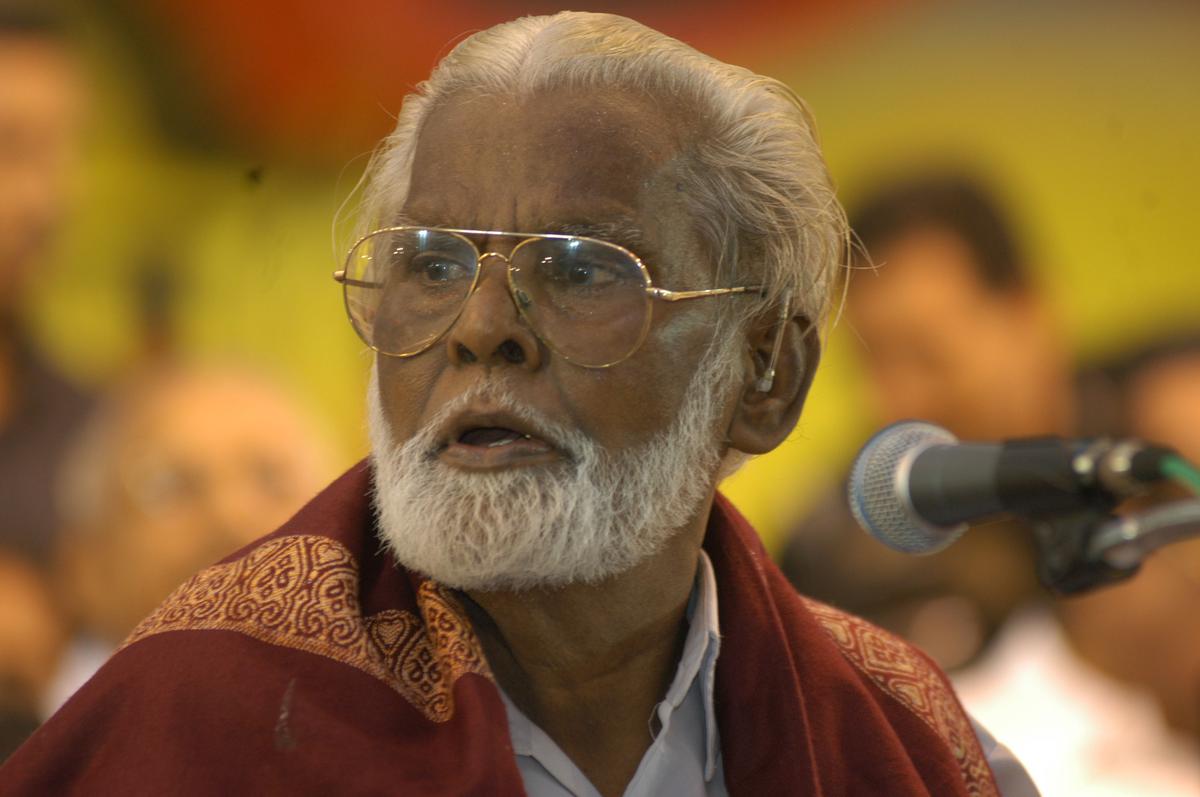 
Sound recording technology and with it the market for devotional songs have advanced in many pilgrimage centers like Nagore to create a thriving online music scene. Some of Nagore’s best-known singers have set up recording studios in their homes.

“Sufi musicians of old wrote their own lyrics and composed tunes, in addition to playing instruments. But as they lost education, they began to use poems written by others. For more than a decade , there seemed to be no one to follow Nagore Hanifa. We are trying to change that with a more contemporary interpretation of Islamic and Sufi music,” says Umar Farooq, singer and owner of Sufi Musix recording studio in Chennai. video song ‘Ya Meera-Qadar Wali’ from 2019, Umar collaborated with Iranian percussionists to achieve a more authentic soundscape for drums.

Interestingly, most of these productions are self-funded as the music is considered a religious offering. “It costs around Rs. 1 lakh to produce a high quality song with video, but no one is talking about money; we all just participate with everything we have,” says Umar.

“At present, Sufi music is not organized in Tamil Nadu. Faqirs do their own thing. Film composers try it in films. And independent producers like us are exploring a new sound in our recording studios,” says Umar.


Many Sufi singers have remained rooted in Nagore and its heritage (the saint Abdul Qadir is said to have learned music with Hindustani prodigy Tansen from Sufi mystic Muhammad Ghauth). “We sing dargah for our own happiness, and we don’t expect any payment,” says Nagore Hafil Sahib Qadiri, who has been singing with the Qadiriya Qaseeda group in Nagore for 20 years.

The 40-year-old has also worked with companies like Sufi Musix, producing lyric videos in Urdu and Tamil. With 150 songs in his repertoire, Hafil Sahib says he has reduced singing on social occasions (for a fee) and now focuses on Sufi music at the dargah.

It is important to preserve the folk musical traditions of the Tamil Sufi minstrels as the younger generation FAQ’s prefer a more ordinary life. Haja Maideen’s son, for example, started driving a car for a living. Recalling the chance discovery of the Nagore Boys by an Indonesian colleague, who passed by the dargah during the Laya Project, music producer Yotam (who returned to Israel in 2020 after nearly 15 years in Chennai) says he remains fascinated by Tamil Sufi music. .

“Unlike Sufi groups in northern India and Pakistan who use large ensembles of South Asian musical instruments, Tamil Sufi singers only have the frame drum, common in Arab countries. People can go into a trance just by listening to the sung choruses of their songs,” Yotam explains.